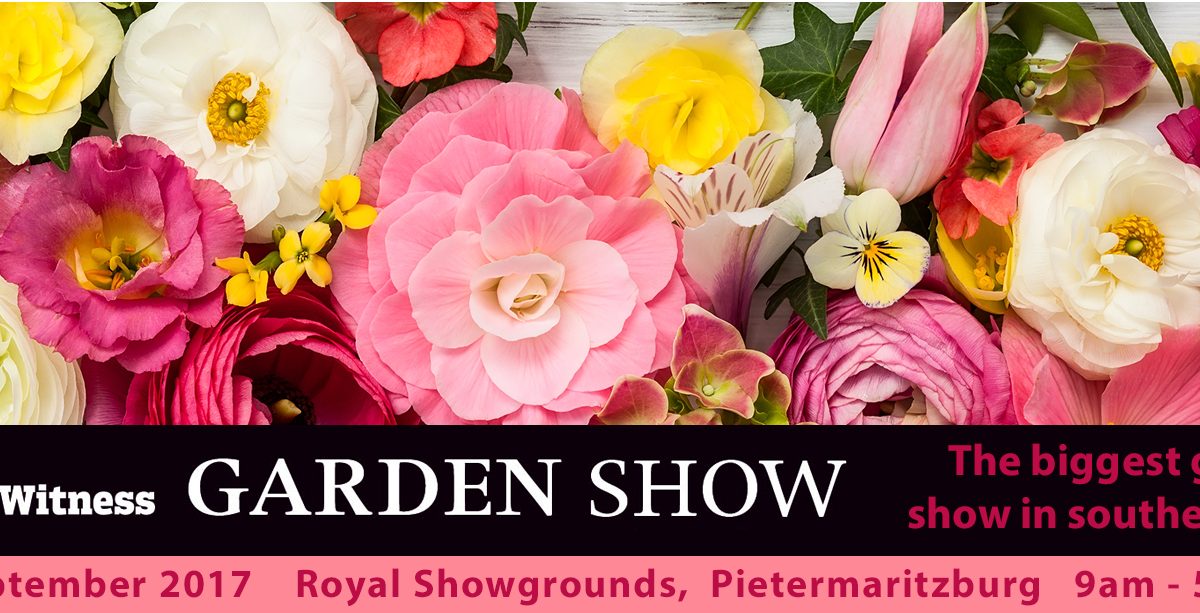 ROYAL AGRICULTURAL SOCIETY, PIETERMARITZBURG
IN PARTNERSHIP WITH TANYA VISSER OF ‘THE GARDENER’

The 42nd Witness Garden Show took place from 22 to 25 September 2017, a four-day event to ‘piggy-back’ on the Heritage public holiday on the Monday.

For the third consecutive year, the show was managed by Tanya Visser, acclaimed editor and gardening celebrity.  She was partnered by the Royal Agricultural Society in terms of venue and logistics, and commendably supported by the Witness (South Africa’s oldest, and one of the most respected daily newspapers) in terms of exposure and media support.

The show saw 18 125 visitors, compared to 18 002 for a three day event in 2016.  Whilst the feedback received was positive, the benefits anticipated from a four day event did not materialise.  This was largely due to a strange mix of weather patterns over the weekend, when on Friday temperatures soared to 38ºc, Saturday was overcast and cold, and Monday proved to be exceptionally windy.

156 exhibitors took part in the show, and significant interest and good sales were reported.  Indeed, a number of participants alluded to the occasion being the best ever in terms of revenue generation.

As opposed to previous years, no theme was set, effectively giving Feature Garden designers carte blanche.  Whilst the move was deemed positive in certain quarters, others felt that it hindered focus. Going forward, it is likely that the show will alternate by way of setting a theme every second year.

With the presence of nineteen acclaimed Feature Gardens, there was neither a dearth in the number of displays or standards of excellence.  Having said this, the show experienced a reduction in the number of municipalities participating; almost certainly owing to budgetary constraints.  It is hoped that this trend will see a reversal in 2018.

Whilst not formally open to the public, the judging of the Coca-Cola school gardens and award presentations took place on Thursday afternoon.  Again, the ability of youngsters to think ‘out of the box’ amazed the judges.

This was followed later in the day with the Fashion Fantasy Show and Awards Ceremony, combined with a ‘cheese and wine’ cocktail function in the Parks Hall.

The evening commenced with a school recycling project fashion show, where designs by school pupils as young as seven, making use of anything from garbage bags to paper plates, wowed the 150 or so guests.

The floral art fashion show followed, with inventive and stylish designs by the KZN Floral Union team and entrants to the Floriate show.

The announcement of awards brought the evening to a pleasing close, this despite the fact that for every exhilarated winner, the corollary is a disappointed loser.  This notwithstanding, the Chelsea Flower Show mentored judges (David Davidson and Terry van der Riet, assisted by Jennifer Jones) applied objective standards, a vital prerequisite, to preserving the credibility of the adjudication process.

The following accolades were presented in the Feature Garden category:

It is customary to assess the views of the public as to what they deem to be ‘Best on Show’.  Whilst susceptible to manipulation, the exercise provides a useful reference as to what the visitor, being the primary stakeholder, is seeking.

Some 650 votes were cast, with the top ten results being as follows:

Aside from the show’s traditional mix, the occasion saw the inclusion of the Working with Wood expo, an interactive and educational experience for the DIY enthusiast, as well as the welcome return of the Spring Dog Show.

The anchors however remain:

By way of perpetuating the precedent set in 2016, and by virtue of the show coinciding with Heritage Day; an attractive site was made available to guests, caterers and performers, for a mix of family orientated dining and entertainment centred around music and the ubiquitous South African braai (barbeque).

The music programme included local artists in the Heritage area, and classical music in the Feature Garden hall; this to add a pleasing visceral tone to the occasion.

The 2017 Witness Garden Show was the second occasion that the Showgrounds put to test the recently installed biometric (fingerprint) access system.  Some 2 670 persons entered the Showgrounds via the three dedicated turnstiles and problems were minimal.

From a security and safety perspective, a number of petty thefts were reported; two of which were alleged to have taken place after-hours.  Going forward, and by way of installing increased CCTV coverage, it is hoped that such occurrences will be curtailed.

The Witness Garden Show is not only the oldest, but also the largest horticultural event in the southern hemisphere, and with good feedback, the occasion again appears to have met the expectations of participants and the public alike. 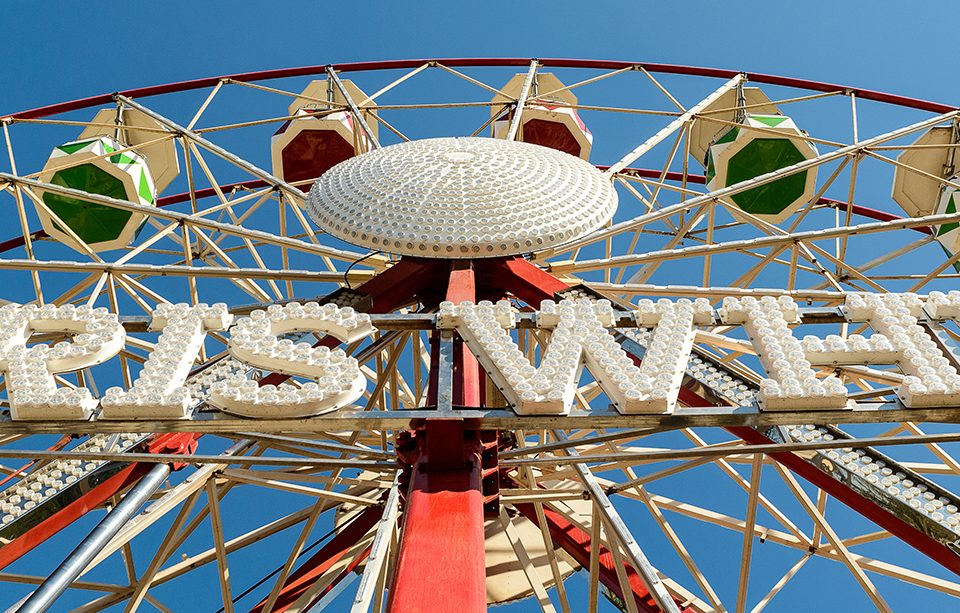 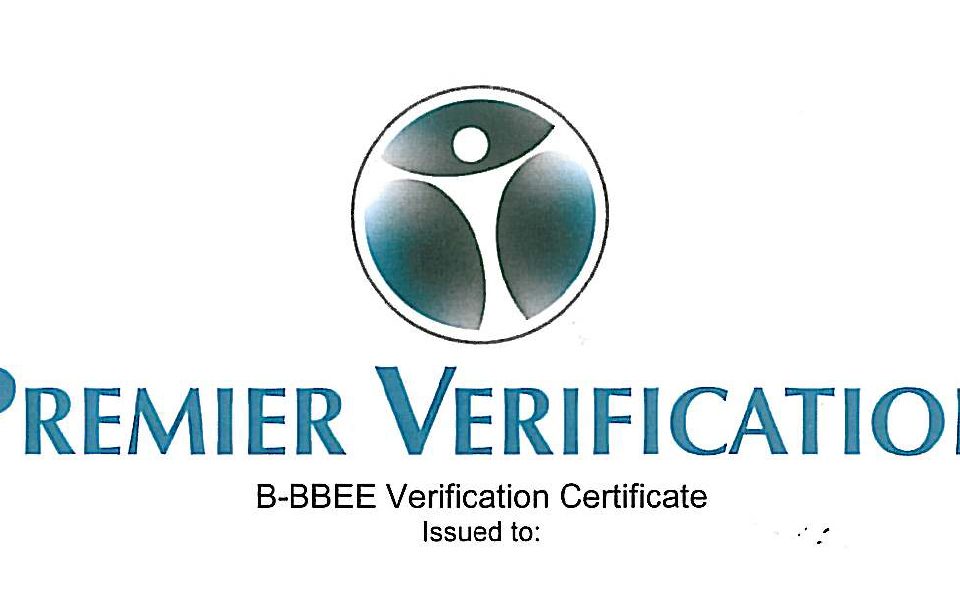