The Royal Showgrounds are approximately 18 hectares in size and are utilised throughout the year for functions ranging from private exhibitions, conferences, weddings and product launches through to equestrian and  international sporting events, community gatherings and concerts. In short, if you can imagine an event, the Royal Showgrounds probably has a facility to cater for it.

In recent times the Royal plays host to over 160 000 visitors per annum (outside of Show periods) placing it in the top 5 of South Africa’s largest conference and function venues. By virtue of the Society’s location; only two kilometers from the N3, 45 minutes from Greater Durban, one kilometer from the Pietermaritzburg City Hall and eight kilometers from Oribi airport (which handles six flights a day from Johannesburg), the Showgrounds affords unparalleled convenience.

Certain of the indoor facilities, several of which incorporate kitchens, can cater for numbers in excess of 1000, with the Olympia Hall in the epicentre of the Showgrounds capable of seating over 2500 guests theatre-style. This makes it the largest facility of its kind ¡n the KZN Midlands and certainly one of the larger venues in the country.

The Olympia Hall has also been utilised on four occasions for the official opening of the Kwa-Zulu Natal parliamentary session, as well as for gala banquets attended by amongst others, the President, members of the Cabinet and foreign dignitaries.

At the opposite end of the spectrum there are three tastefully furnished smaller meeting (or break-away) rooms for up to 40 delegates, all of which incorporate their own reception areas, kitchen and ablution facilities. The versatility of the Society’s many indoor facilities is aptly illustrated by the variety of functions catered for. In one sense a hall can exude an almost utilitarian warehouse type appearance, and within a few hours and a touch of artistry, be transformed into a sophisticated banqueting venue.

One of the advantages allowing for the multiplicity of usages is that a number of venues cater for the entry of vehicles, including in certain cases, larger trucks and equipment. In addition, several incorporate a water supply and drainage facilities, further enhancing their versatility. This allows for the hosting of horticultural, agricultural and similar events, which by virtue of their special requirements could not normally be held in traditional conference venues.

Externally, a number of sites can be made available. The main arena can accommodate up to 25 000visitors in open air format, or under marquee, depending on the style and type of function. The smaller cattle arena is suitable for functions catering for up to 1500, whilst the Village Green and landscaped individual sites can be used for smaller events. In all instances, services including electrics and water can be provided.

By way of added value, the Royal Agricultural Society offers an in-house one-stop-shop for all your event requirements including:

The ambience, convenience and extensive safe parking available, all contribute to making the Royal Showgrounds an eminently suitable — and popular— functional venue. It is for these reasons that some 1 3 000 guests are hosted each month to as many as 50 different functions 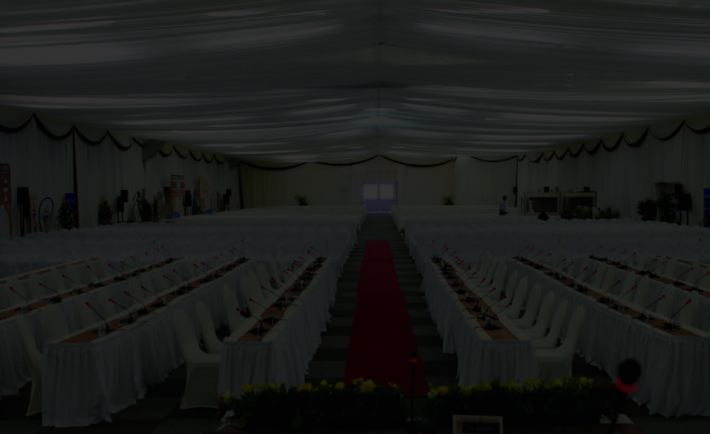 Please contact the Venue Hire department at the Royal Showgrounds for further information on any of our facilities.